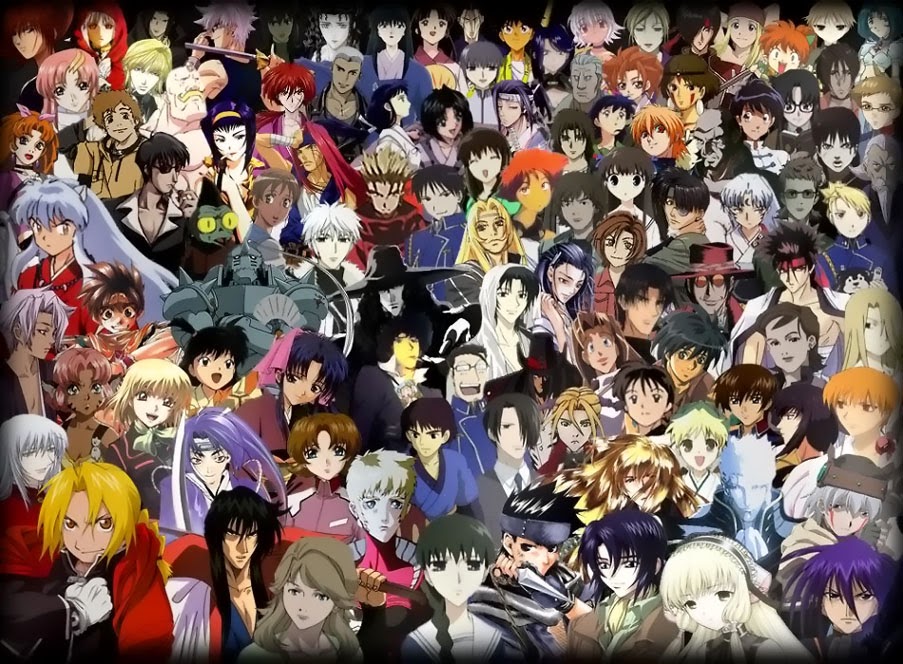 Via Conglomerate Of Anime shows by SoulOfSolaria

I have been spending the very little "ME" time I get by catching up on my Anime. It got me to thinking about all the different types that are out there. I did one post in the past on five Anime movies that I liked.

Anime For The Soul
Click Here to see it

Why not a share a list of the shows that I enjoy also?
So here we go... 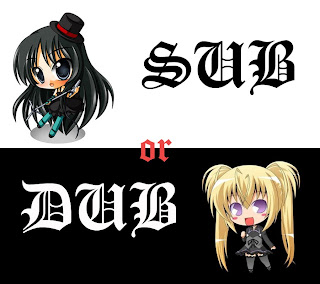 Via Secrets of an Imaginary World

Before I get going I would like to share that Anime can be watched in the original language with subtitles, or it can be dubbed in to English. This argument apparently gets many fans in an uproar to which is the corect way to watch. I am the type that prefers the original voice actors performing with subtitles. There is no wrong or right way, but many of the English Dubbed versions don't come out till much later. 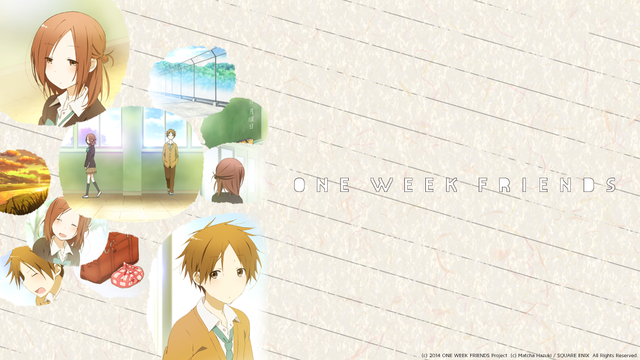 High school sophomore Yūki Hase noticed that Kaori Fujimiya, his classmate, was always alone. He tried to start a conversation with her but was turned down: "My memories of friendship can last only a week," she said. Despite of knowing this shocking truth, Yūki keeps trying to be Kaori's "new" friend every week.

Think of 50 First Dates but instead of her memory being reset every night, it happens every Monday. She only loses the memories of her friends, but not of her family or acquaintances. It is a romantic comedy that is set in a school environment. He gets her to write a diary of the things that happen so she can remember him. I would call this a chick flick, but my son started watching it with me. I guess he can relate to trying to make friends in school.

The Devil is a Part-Timer!

This one starts out with an epic fantasy battle. When the Devil King flees with his second in command through a portal, they find that on the other side they are turned into teenagers with virtually no powers. To pay the bills Sado Maou gains employment at MgRonalds and hilarity ensues. They have to adapt to the real world before their plans for world domination can be obtained. To make it worse on them the Hero Emi Yusa followed them. She is also a teen with virtually no powers, and works as a call center customer service agent.
If you like sci fi/fantasy comedy, this is a great one to enjoy.

Several hundred years ago, humans were nearly exterminated by giants. Giants are typically several stories tall, seem to have no intelligence, devour human beings and, worst of all, seem to do it for the pleasure rather than as a food source. A small percentage of humanity survived by enclosing themselves in a city protected by extremely high walls, even taller than the biggest of giants. Flash forward to the present and the city has not seen a giant in over 100 years. Teenage boy Eren and his foster sister Mikasa witness something horrific as the city walls are destroyed by a super giant that appears out of thin air. As the smaller giants flood the city, the two kids watch in horror as their mother is eaten alive. Eren vows that he will murder every single giant and take revenge for all of mankind.

This is a intense and disturbing show. I have only seen the first 13 episodes and from that I can tell you that it brings the emotion and feel of a great movie. It has a medieval vibe to it with the most powerful weapon they have to fight with are cannons. The society is advanced enough to use pressurized gases to send them shooting through the air to attack the Titans whose only weak spot is located on the back of the neck.

Kamijou Touma is a student living in Academy City, a highly advanced place in terms of technology. Despite being gauged as a level zero esper (no powers), he possesses on his right hand the Imagine Breaker, an ability that negates any power whatsoever. Touma finds a young girl named Index who is trying to run away from Necessarius, a powerful magic organization that she is member of. Blessed with the skill of memorizing any sort of information, she holds 103,000 forbidden magical books within her head. As science and magic cross paths, Touma must face several dangers amid espers and magicians who appear at the exciting scientific town.

Academy City is a highly developed place in terms of technology. It is said to be 20 to 30 years ahead of the rest of the world. Eighty percent of its 2.3 million residents are students. The focus of studies here is directed towards esper powers. Misaka Mikoto, one of the top level espers in town, shares a room with Kuroko Shirai, another high level esper who is a member of Judgement, a law enforcing agency composed of students. Both attend to Tokiwadai, a private school reserved for the high-leveled and the rich. Kuroko's partner at Judgement, Kazari Uiharu, is a low level esper who studies at Sakugawa middle school. Her best friend and classmate there is Ruiko Saten, a level zero (no esper powers). Together, the four encounter several adventures in the exciting scientific town.

Both of these titles are in the same universe. The characters cross paths many times on both shows. I started with Railgun and then watched Index. I had no clue that I was watching them in the wrong order. It made no difference other than the time line that the events take place in the shows. Some of the same things happen in both shows but it is shown a little different. This only occurs a couple of times.
Index is about living in a scientifically advanced town that only believes in the power of espers. (those with special powers that can be measured on a scale of level 0 no powers to level 5 the most advanced.) Not the power of magic, that apparently comes from the Christian church. That is why the character named Index is a Nun. It can seem rather strange, but once you move past the logic then it is a lot of fun. The main Protagonist in Index is a boy named Touma. His right hand has the power to block and take away any form of Magic or Esper power. He is cursed with bad luck, that has a side effect of attracting women to him. I wish I was that unlucky.
Railgun is named after the nickname of its main character Misaka. Railgun is told from the perspective of a girl who is a level 5 Electromaster. She is an Esper who can manipulate electrical force. She loves Academy City, but soon starts seeing the dark underside. Both shows have a funny side, and a dark serious side. It is this mixture that kept me coming back to them.
You can watch most of the full episodes on YouTube.

There are others that I have been watching, but I will save that for another day.

Have you seen any of the shows I mentioned?
What Anime do you watch?