It Isn't Easy Being Green... 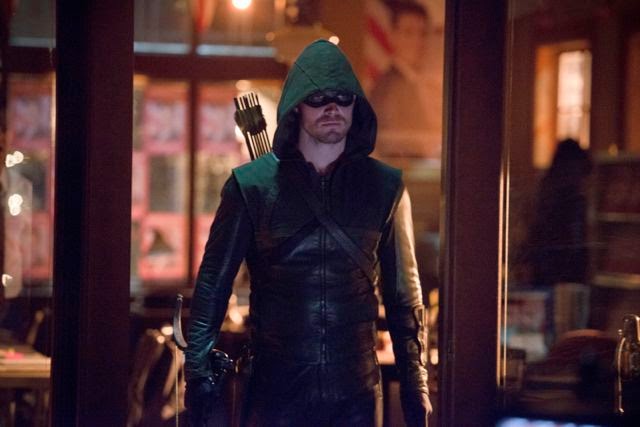 Arrow's Season 2 second half kicks off Wed on the CW.
Arrow has had high ratings this season, and for a good reason. It absolutely rocks! I might be slightly biased being a DC fan, but I have enjoyed Marvel's Agents of SHIELD. I love DC characters, but there is one on the show that just recently was added to the Comic book world because of his success. 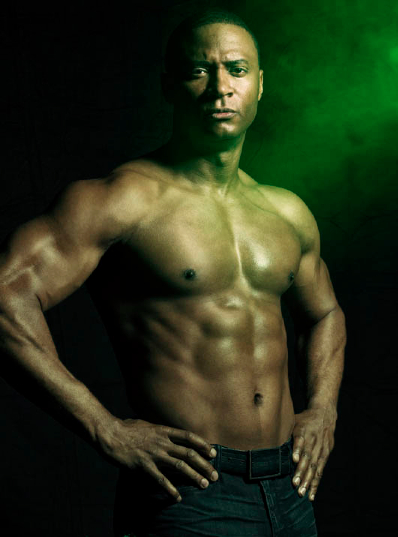 The Geek Twins have an excellent post about Diggle on there site today. 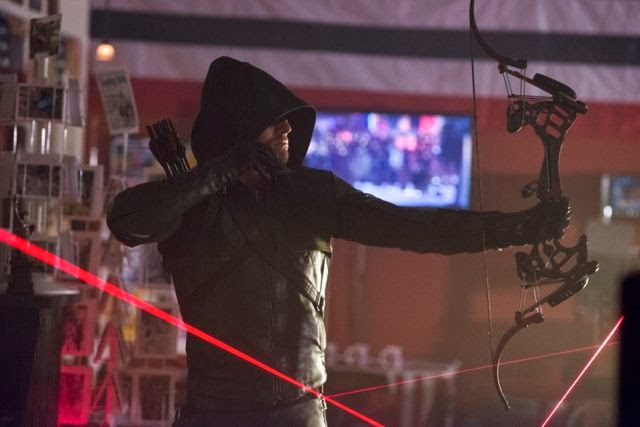 Via www.seat42f.com
Here is this weeks episode description:
ARROW Season 2 Episode 10 Blast Radius  : ARROW HUNTS DOWN SHRAPNEL — Oliver must tackle a new threat to the city when bombs start to go off in Starling City.  Felicity (Emily Bett Rickards) discovers the person setting them off is Mark Sheffner (guest star Sean Maher), a man who goes by the nickname Shrapnel.  Arrow discovers Shrapnel’s next target is Sebastian Blood’s (guest star Kevin Alejandro) “Unity Rally” and tries to talk the alderman out of hosting it, but he refuses.  Arrow sets off to stop the bombing, but Shrapnel tricks him and traps him in a bomb-laced antique store where he is unable to move without setting off the device.  While Felicity helps Oliver, Diggle (David Ramsey) races to the plaza to find the bomb before it goes off.  Meanwhile, Roy (Colton Haynes) continues to hide his new strength from Thea (Willa Holland) but, after she witnesses his super strength in action at the rally, she demands answers.  Laurel’s (Katie Cassidy) suspicions about Sebastian grow stronger once she learns that he grew up with Cyrus Gold, the man who killed Lance’s (Paul Blackthorne) partner.  After Donner (guest Star Dylan Bruce) refuses to help her investigate, she turns to Arrow (Stephen Amell) for help.  Rob Hardy directed the episode written by Jake Coburn & Keto Shimizu


There is a great interview With the Executive Producer Andrew Kreisberg at tvline.com.
That explains which way the show is headed. 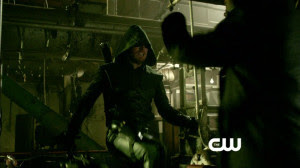 
Do you Watch Arrow? What do you think of the show so far?