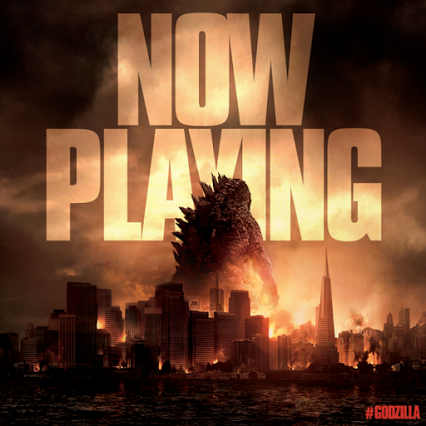 The original Godzilla was a social commentary on the horrors of nuclear war. Even after it was released in America with additional footage provided by Raymond Burr as Godzilla, King of the Monsters!, it was clear that things would never be the same. Godzilla had left his proverbial foot print on the world. 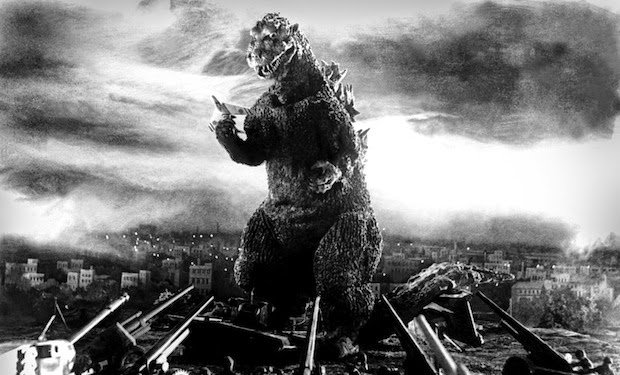 Gareth Edwards vision is a combination of the original, and the last Toho film Godzilla: Final Wars. It asks the question is man so arrogant in his knowledge of nature that he feels in control. It also makes Godzilla the anti hero force of Nature that brings balance to the world. 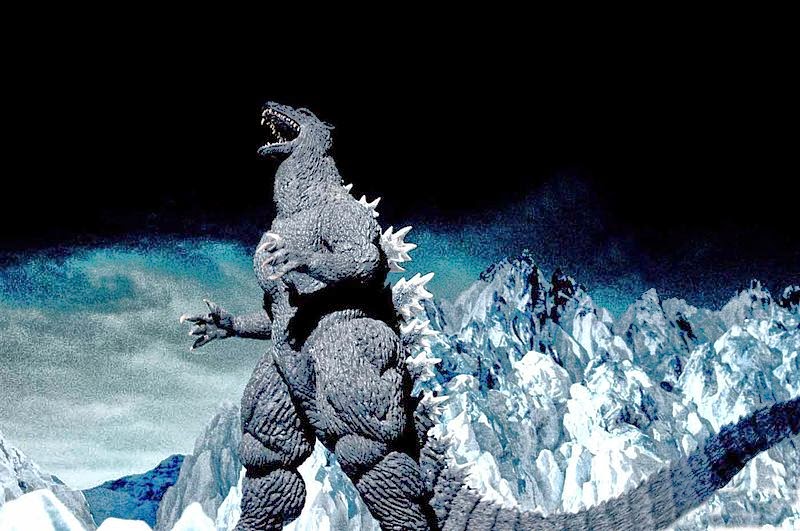 This is the first Godzilla film to bring some star power to the franchise. I have read some reviews that have place a dim light on the human aspect of the film. To them I say what is the point of a film that we as an audience can not relate to. Granted this is a giant lizard movie, but without human emotions it would become a movie based on the rockem sockem game with monsters instead of robots. 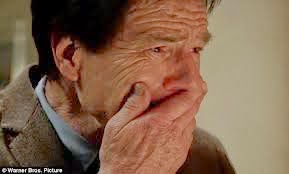 I was most excited to see Bryan Cranston. He did not disappoint. Without giving too much away his character Joe Brody plays a pivotal emotional part of the film. He loses his wife at a nuclear plant in Japan that drives him to the point of becoming obsessed with the disaster. It is his research that helps drive the others in the right direction. He is spot on in his performance as someone in mourning and angst, determined to find the truth. 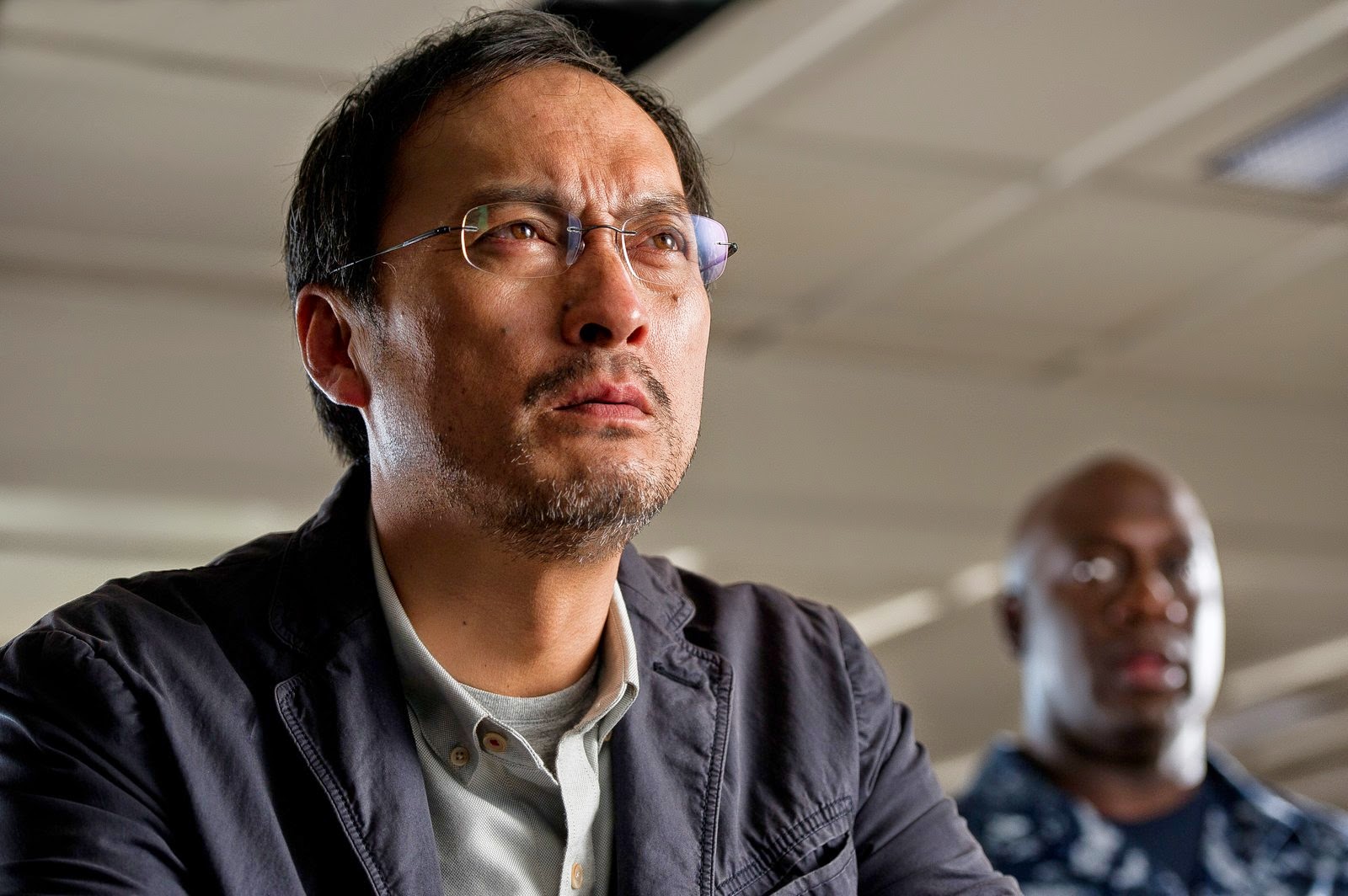 Ken plays Dr. Serizawa. His name is a nod at the Dr. Serizawa that creates the oxygen destroyer that kills Godzilla in the original movie. He doesn't have a lot of lines, but when he does speak it is serious and profound. I chose the picture above to show that his acting in not in his dialogue alone. His character is the connection to the Japanese point of view. He is sensitive to the way that nature flows. 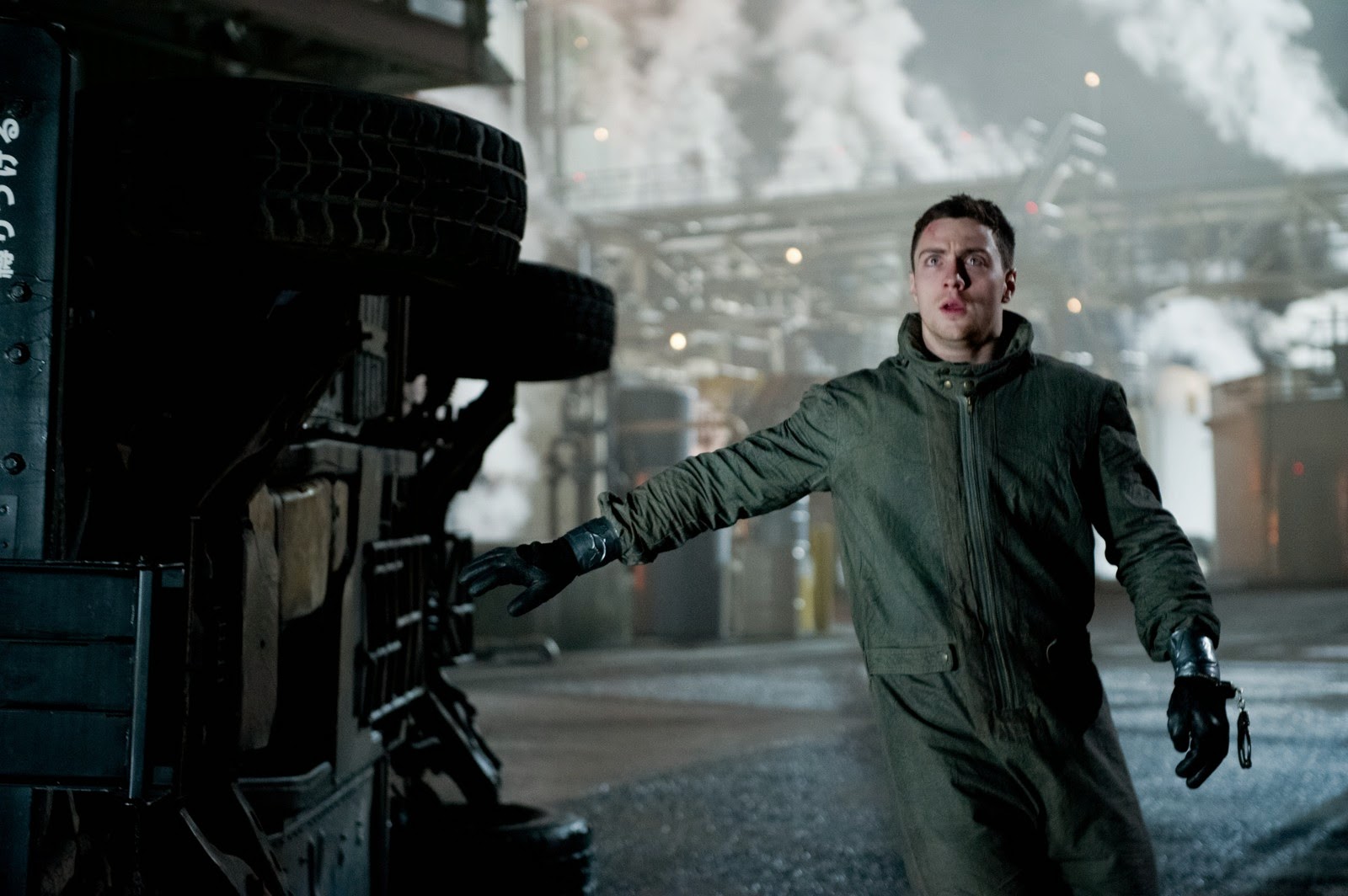 I have only seen Johnson's work in the Kick A** movies. So I really had no basis for comparison as far as his acting skills. He does have powerful eyes that he uses much like Elijah Wood in the LOTR movies. His character Ford Brody is the son of Joe Brody. Fifteen years after the loss of his mother he is married with a son and is a Naval lieutenant. In the last quarter of the movie his character parallels that of Godzilla, as they both fight to save the city of San Francisco from the MUTOS. Often even finding themselves face to face during the action.

One thing that the Godzilla film in 1998 got wrong, one of many, was the way that it was filmed. It was not treated as a monster movie. Gareth Edwards Godzilla teases you with the creatures. A foot here, a wing there a shadow in the background. By the time you get the full picture you are prepared for the showdown. 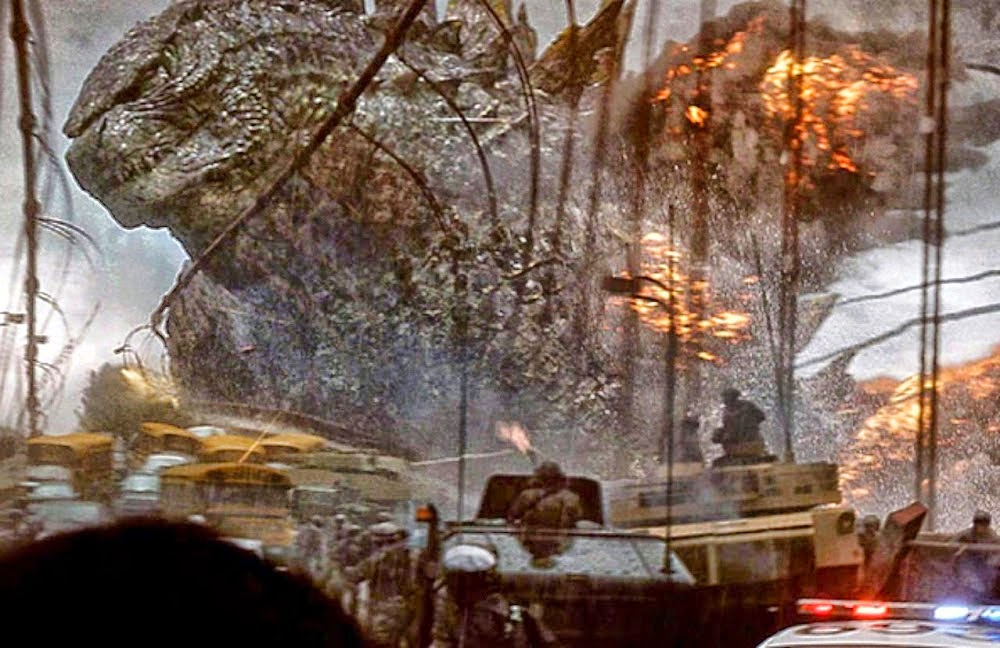 The Monster Mash that you actually go to a Godzilla movie to see is nothing less than spectacular. If you are a fan of the Godzilla films that have him be the protector of the earth then you will not be disappointed. He is a force of nature that has one purpose, to bring balance to the world. If lets say a Golden Gate Bridge gets in the way, it is just a nuisance to him. Not to mention the tanks, ships and planes. One thing for sure about Godzilla he is never going down!


One Easter Egg I found If you go see the film: Look at the name on the fish tank (labeled with tape and a sharpie) in the Brody house. One hint it didn't contain fish!

Have you seen Godzilla yet?
What did you think?
Are you planning to see it?