Which Doctor Who Character Are You? 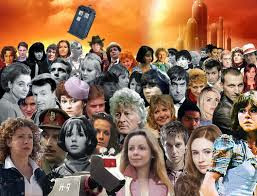 Out of 50 years of being in existence who best defines you?
I will attempt to put a small list of character types for you to chose from. One rule...no Doctors. Thats not to say you can't be a Medical Doctor, or have your Phd in something, but it must not be the Doctor himself. I would of course pick his 4th incarnation and be done with it, but that would be cheating. I know not everyone knows certain character names BLASPHEMERS I am just looking for the type of character you would be whether that's what you would want to aspire to become, or who you are in your everyday life.

Are you an Ally?

Allies in Doctor Who do not travel with the Doctor. They simply assist him to get through whatever mess he is in that episode. Some are recurring others just show up and accomplish the role for that episode. Some part timers and one timers, but always there for him. Some were alien races, while others were just Military personnel doing their duty for the crown. The problem with being an ally to the Doctor is never knowing when he would pop back in to say "Hi would you like a Jelly Baby?" Sometimes he never does, but you keep waiting.

Are you a Companion?


The companions travel with the Doctor in the TARDIS through time and space. Sometimes they were called his assistants this didn't set well with some. Depending on the Doctor they traveled with they would either be comic relief, or someone to argue with. Only a few were romantic in nature. The name companion implies this, but he only thought of them as his friends. Most companions were invites, few were forced. They all shared the love and adoration of the Doctor. They would all trust him to the end of time...literally. They would all lay down their lives for his...some did. The Doctor needs someone with him to be a moral compass. When he travels alone he tends to be darker, less willing to follow the rules, more god like. The main problem of being a companion is you are a mortal, while the doctor seems to never age and only changes if forced to by being mortally wounded. He is a Time Lord he walks through eternity he never stops...he never rests...and if you do get back to where and when you were after your travels with him, you will never be the same. You also know you will be replaced, But you would do it all over again.

Are you an Enemy?


Why on earth would I put this up as a category? Sometimes it's cool to be bad! What makes Doctor Who so iconic is the list of baddies that he has had to vanquish over the years. Most notable are the Daleks. They have been there from the beginning of the shows run. Running around shouting EXTERNATE!! They along with their creator Davros have been a thorn in the doctors side for years. Another of the Doctors foes is The Master. A renegade Time Lord who has know the Doctor his whole life. Like the Doctor he has had many different incarnations, all deadly.
My personal favorite is the original portrayed by Roger Delgado. When the third Doctor was exiled to Earth he had to deal with the Master on a consistent basis. The Master was a Professor Moriarty to the Doctor's Sherlock Holmes. Of course the problem of being the enemy of the Doctor is being the enemy of the Doctor. You will always lose, but you might inflict some pain on him, and in some cases look good doing it.


So who are you? an Ally, a Companion, or an enemy?