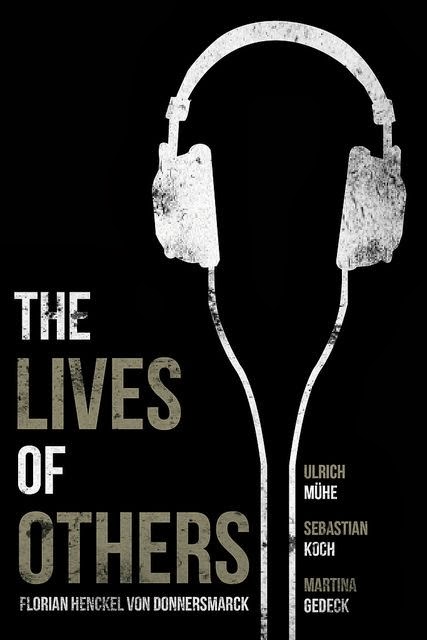 Have you ever started at movie on the telly at night thinking you would finish watching it at another time.
I attempted that last night with The Lives of Others, and failed horribly! It has been out for a while and I have wanted to see it, just haven't got around to it. So last night it was on one of the movie channels. I setup the DVR to record it. I'll just watch maybe the first ten minutes to get a feel for it.....

The movie is set in East Berlin during the 80's. German is the spoken language, with English subtitles. I haven't watched a good "foreign" film for quite some time. The last great films I saw were The Three Colors Trilogy, that might be stretching it but it was the 90's. I love historical movies, and this one being set near the end of the Berlin Wall kept me up in my bed, not wanting to miss what would happen next.

I don't plan on boring you with all the details of the film in my own words. I was just captured and enamored by this film, watching it till the wee hours of the morning. It is not a political thriller, but a segment of history that we sometimes tend to forget in today's world filled with terrorist on every side, with all information being managed by the powers that be to protect us from the hidden dangers that lurk outside and within. Are we safe or just scared. Much like the East German people from the Cold War.

I didn't start this post as a political rant on the current state of affairs in the world, but sometimes I just ramble my way into this type of thing.
The theme is change. Each character changes as the film progresses. It's what they do with this change that makes the differences in the world around them.
I highly recommend seeing it if you have not.

Have you seen The Lives of Others?

If so what did you think?
What is the change in your life?