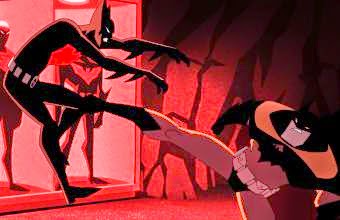 Darwyn Cooke’s 75th anniversary Batman Beyond short premiered at WonderCon today, and now it’s online for the world to see!

Will Friedle is back to voice Terry McGinnis, and Kevin Conroy reprises his role as Bruce Wayne. Check out the high action animated short in the video above.

What did you think?
Did you watch Batman Beyond?