TIME OF THE DOCTOR TRAILER & BREAKDOWN

Just remember after the jump...

Orbiting a quiet backwater planet, the massed forces of the universe's deadliest species gather, drawn to a mysterious message that echoes out to the stars - and amongst them, the Doctor. Rescuing Clara from a family Christmas dinner, the Time Lord and his best friend must learn what this enigmatic signal means for his own fate and that of the universe. 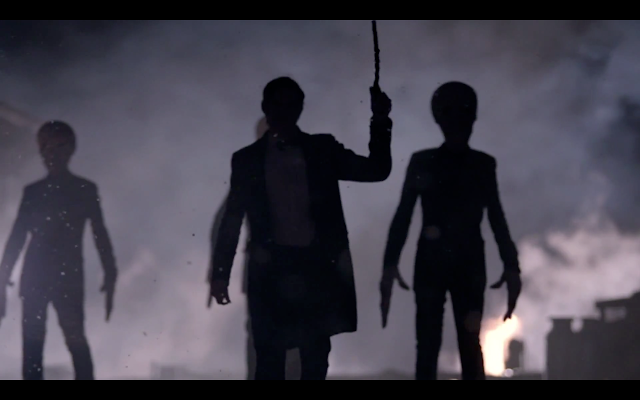 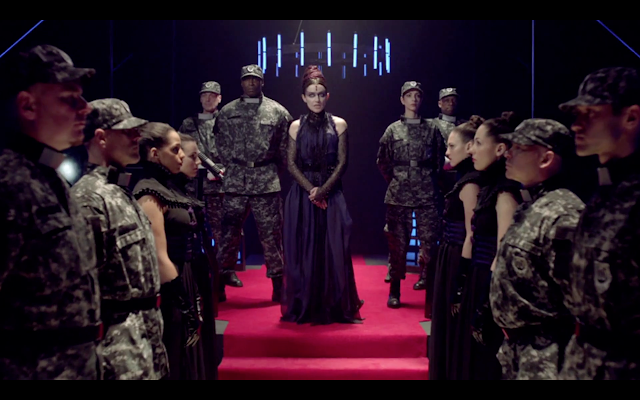 Mother Superious of the Papal Mainframe
This was confirmed by Steven Moffat in Doctor Who Magazine no.468 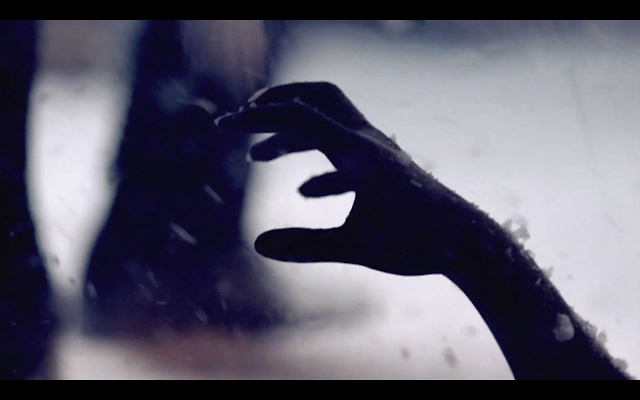 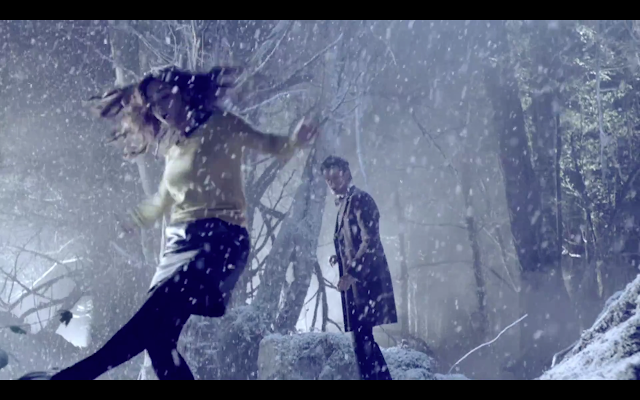 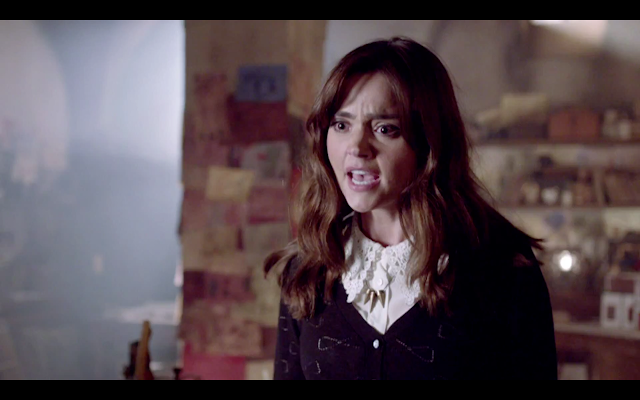 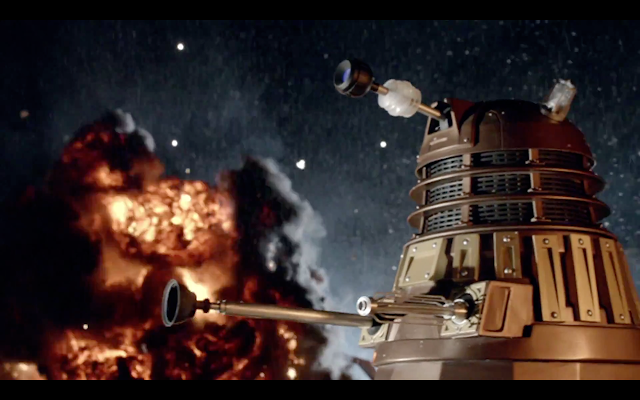 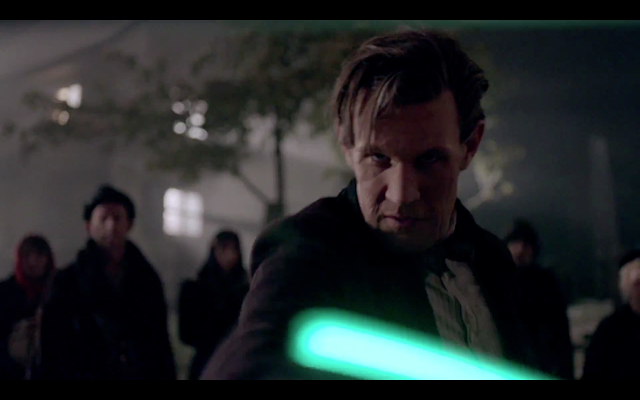 Old Doctor? This leads me to believe that some of the rumors of the Doctor fighting this war on Trenzalore for a very long time are true. 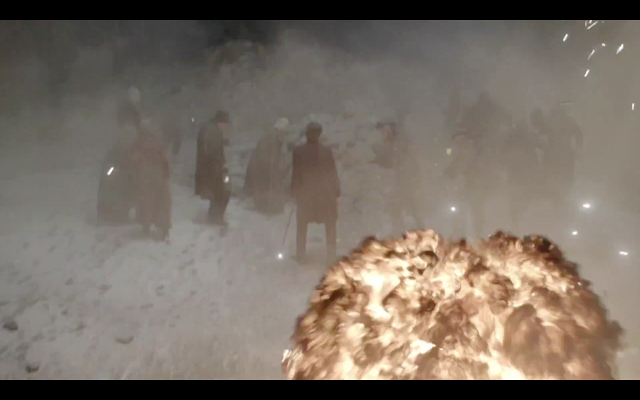 In the center or the picture, notice how the Doctor is leaning on his cane, unlike earlier when he was simply using it as a prop he played with. 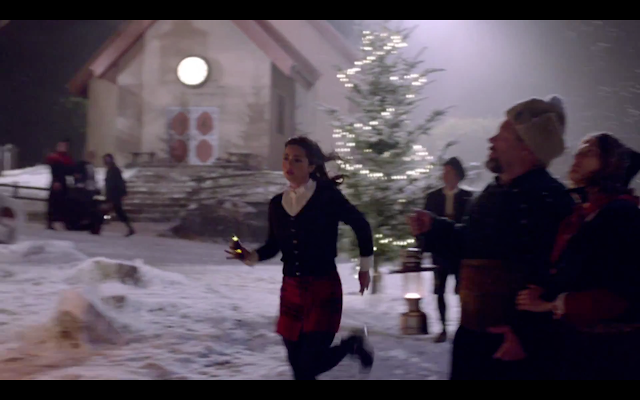 Clara running with something glowing in her hand. 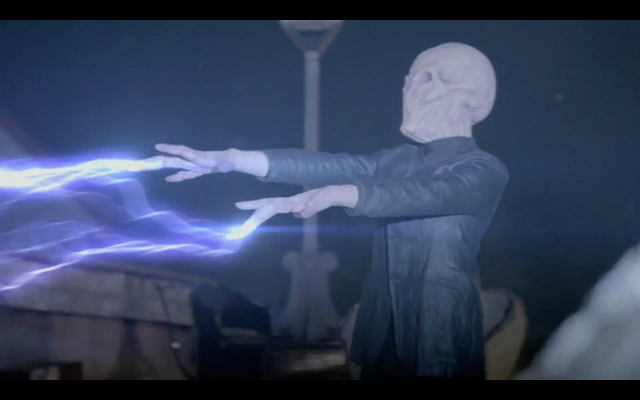 BBC America has released even more photos.
I found one very interesting. 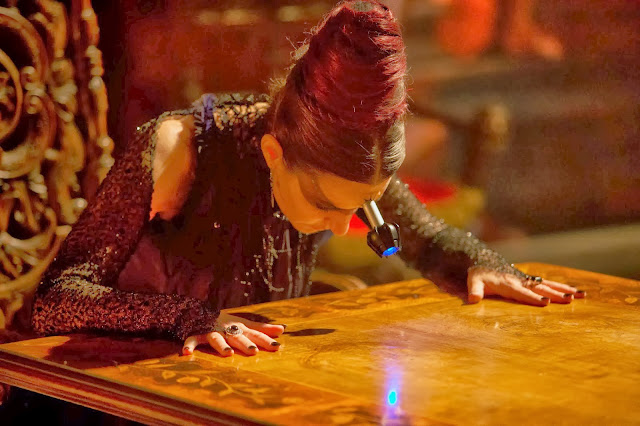 Mother Superious of the Papal Mainframe
With a Dalek eye stalk!
Is she an agent of the Daleks? Or is this just a copy that the Daleks use to trick the Doctor?

In Doctor Who Magazine no.468 Steven Moffat states:
"The Doctor meets an old friend. Someone from his distant past. Someone who knows him very well, but whom we have never met. She's the Mother Superious of the Papal Mainframe."

All pics from Blogtor Who

What did you think of the Trailer?
Did you find out anything new, or do you know something else that is not here?