IF TOMORROW NEVER COMES...THEN IT WON'T BE YESTERDAY?

The trouble of time travel

A short list that will start, or already did. 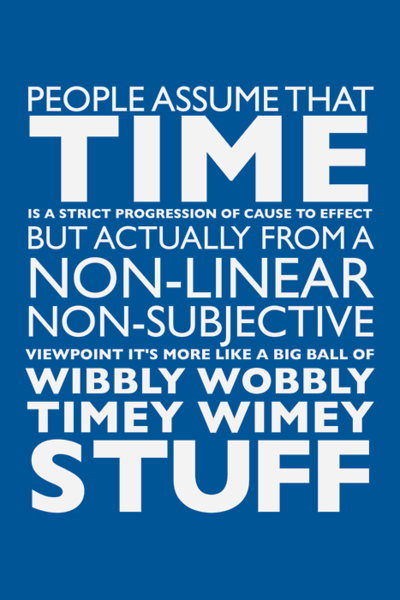 When I was younger I liked to read the choose your own adventure books. At the bottom of the page it would tell you if you want to do such and such turn to page 102, or if you wanted to go to this place or that go to page 170. It would put you in the story and allow you to, as the title infers chose your own adventure. This was awesome you could read a book more than once and it would turn out differently every time. The problem with this is I would get bored then cheat by looking at both scenarios, and then choosing the one that I liked best.
Sounds like time travel to me!

There have been many TV Shows, and Movies dealing with time travel. Here are a few that have dealt with the subject.

This is, as we Whovians call it, a Doctor lite episode. We don't even see the Doctor except on a DVD until late in the episode. It follows Sally Sparrow a photographer interested in an old house. She begins receiving messages from The Doctor, who is trapped in 1969. A rock thrown at her, writing on the walls that kinda look like graffiti, and in messages on DVDs.  That is where the Wibbly Wobbly Timey Wimey line comes from. Epic Doctor Who great for those that have never seen the show to start with. Also very scary!

The Next Generation has had several time travel type episodes. Here is a list
Parallels is one of my favorites. It revolves around Worf, who has come back from a Klingon fighting tournament. The episode plays out like a mystery needing to be solved. Things start off slowly, changes in his birthday cake from chocolate to yellow. Then things get freaky! He is married to counselor Troi, Riker is Captain he is now first officer. It all end with the above pic of  285,000 Enterprises all from Parallel Universes.

Marvel might have the Movie thing down, but DC has the Animated. The Flash is so fast he can go back in time. When he does things are different. Batman is grittier, more violent. There is no Superman. Aquaman and Wonder Woman are about to start WWIII. Even the "Bad Guys" are fighting to save the Earth from Aquaman and Wonder Woman's war. This is not a kids movie. It is full of violence, and blood. The thing that I like is the way everything changes because of time travel, the butterfly effect if you will. 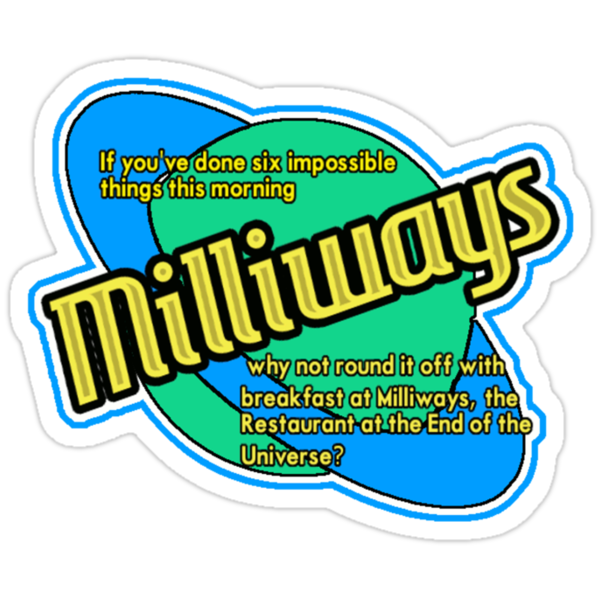 In Douglas Adams book The Restaurant at the End of the Universe, his characters find themselves at the end of all time. Milliways is built on the fragmented remains of an eventually ruined planet which is enclosed in a vast time bubble and projected forward in time to the precise moment of the End of the Universe.


Quite long but worth it if you have the time ;)


With all the side effects would you time travel? What are your favorite time travel shows & books?