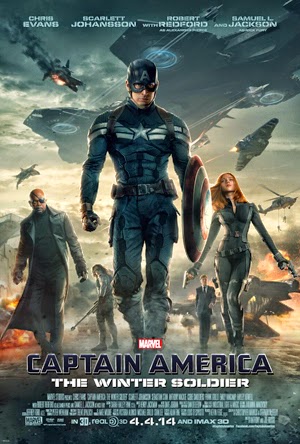 As I sit here trying to rack my brain on how to review the movie without spoiling it for everyone, I realize the best way to do so is to deal with the impact it has on the not only the viewer, but the Marvel Cinematic Universe and its characters. 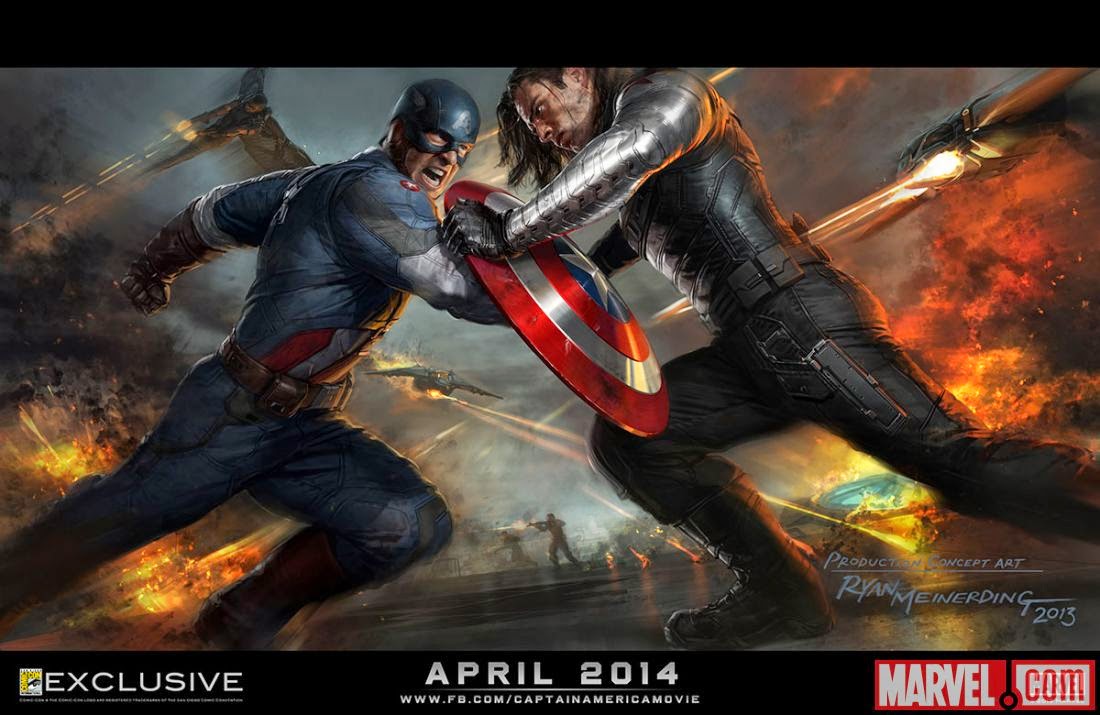 First I would like to say that this is a movie that ties all other Marvel movies and Marvel Agents of SHIELD together.
I don't want to make this a spoiler for the TV show, but it seems to answer some questions on what is going on.
The ending of last weeks episode was part of the movie. This lets us know that the show is happening at the same time as the movie.

After viewing Agents of SHIELD episode TURN, TURN, TURN
The whole synopsis of Captain America: The Winter Soldier is Spoiled! Nice that they tie the movie in better than they did IM3 and Thor 2, but spoil it for those who have not seen it yet. So if you don't want spoilers for the movie, and haven't watched this episode yet, I recommend you don't till you see the movie first. Back to the spoiler free review...
==================================

What was not dealt with much the last time we saw Cap, is he is a man out of time. It was mentioned but with the whole saving the world thing going on we didn't get much time to deal with it, and neither did he. Think about it, he has no one left to relate to. Now he has signed on as an agent of SHIELD, working for Nick Fury. He has the standards and moral code of the Generation that fought in WWII. The world he is in now is far removed from when things were black and white, good was good and evil was evil. Now things are more grey, and blurred. Steve Rogers is not swayed by todays morals, he choses not to be changed by the times, but remains true to who he was and is. 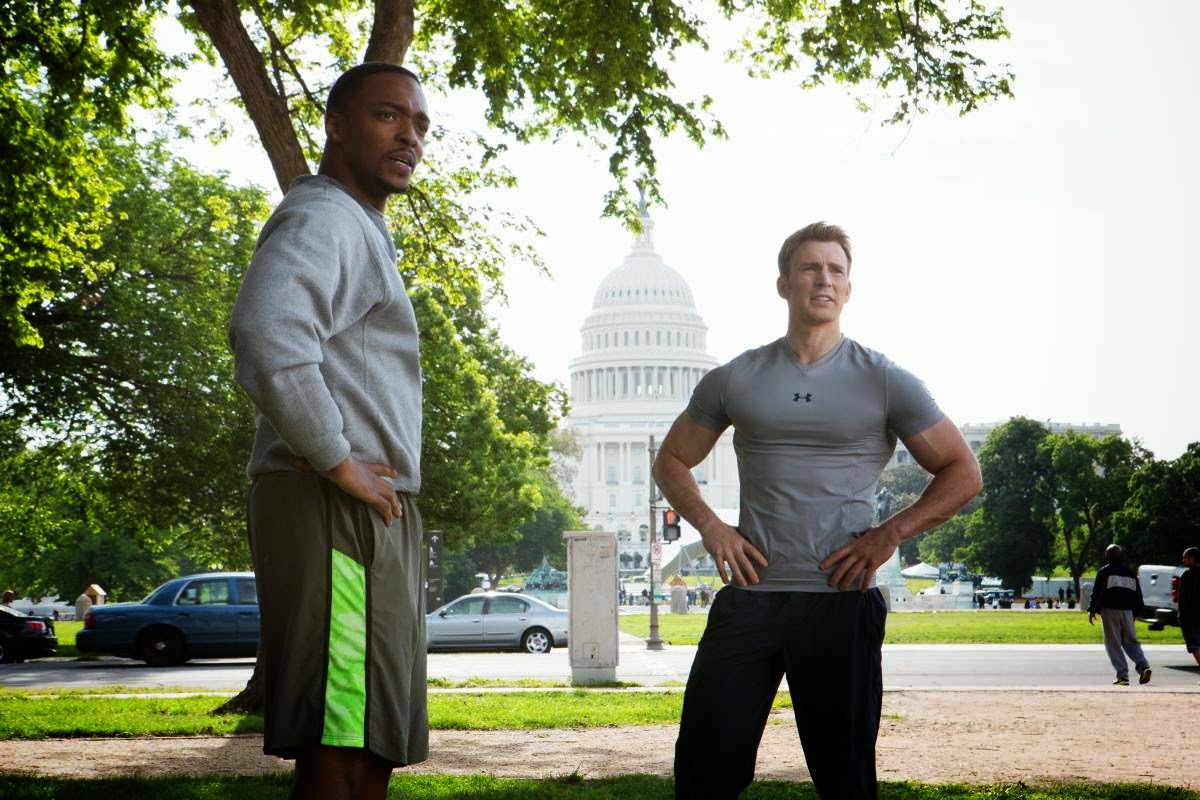 As I stated earlier Rodgers has no one to relate to, not till he happens to run into Sam Wilson while running around the reflecting pool at the capitol. They find common ground in their service to the country. Sam has such an impact on Cap that he visits him later at the VA where he works as a counselor to Vets dealing with PTSD. Sam later in the movie works with Cap not so much a traditional side kick, but as he put it in the film he does what Cap does, just slower. He truly gives Rogers a friend to relate and work with. Falcon is a strong character that brings not only a warriors attitude, but can help integrate Captain America to the new world around him.

I will start off by stating that to some, part of the mystery is no mystery at all. I am of course referring to The Winter Soldier himself. Black Widow says of him to Steve "Most of the intelligence community doesn't believe he exists. The ones that do call him the Winter Soldier. He's a ghost, you'll never find him..." Who is he, and who does he work for? The who is common knowledge to most comic book fans. My son already knows before ever seeing the movie by watching the Avengers sunday morning cartoon. If this is too much of a spoiler for you please skip to the comments. I have no way of going on without revealing his identity.

So if you're continuing on with me you know that The Winter Soldier is Steven Rogers best friend that he thought was dead Bucky Barnes! This part of the mystery is only a mystery to our heros, especially Cap. The other conundrum is who hired him and who can you trust in the SHIELD organization. Did I mention that there are factions that would do our hero harm? I won't say who is behind it, but it is the driving force of the movie more so than the Winter Soldier himself.

This is one seriously action oriented movie. In the scene above Cap takes out an elevator full of baddies. It didn't happen as fast, but the results were the same. Below we get a action montage that will leave you wanting more. 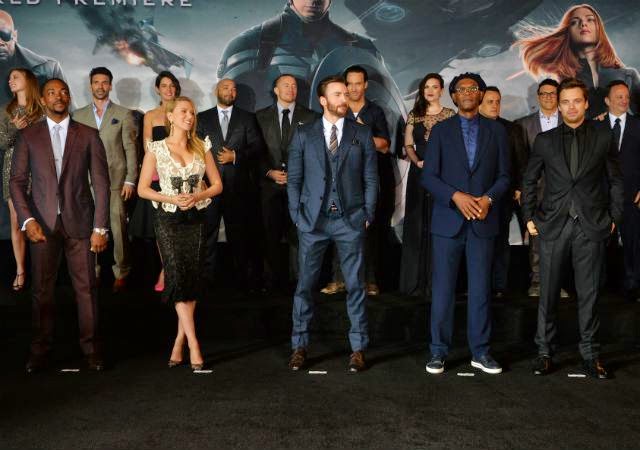 Via voxxi.com
The cast of “Captain America: The Winter Soldier” at the Los Angeles Premiere that took place at El Capitan Theater on Thursday, March 13th. (Courtesy Photo)

The casting was for this film was very well done.
Like all the Marvel movies the acting and storytelling has improved, Chris Evans has become Captain America. Not only does he have the chiseled body of a greek god, but he has the sincerity, and perseverance that the part needs to carry the film. I truly felt empathy for Cap after he find out who The Winter Soldier is. 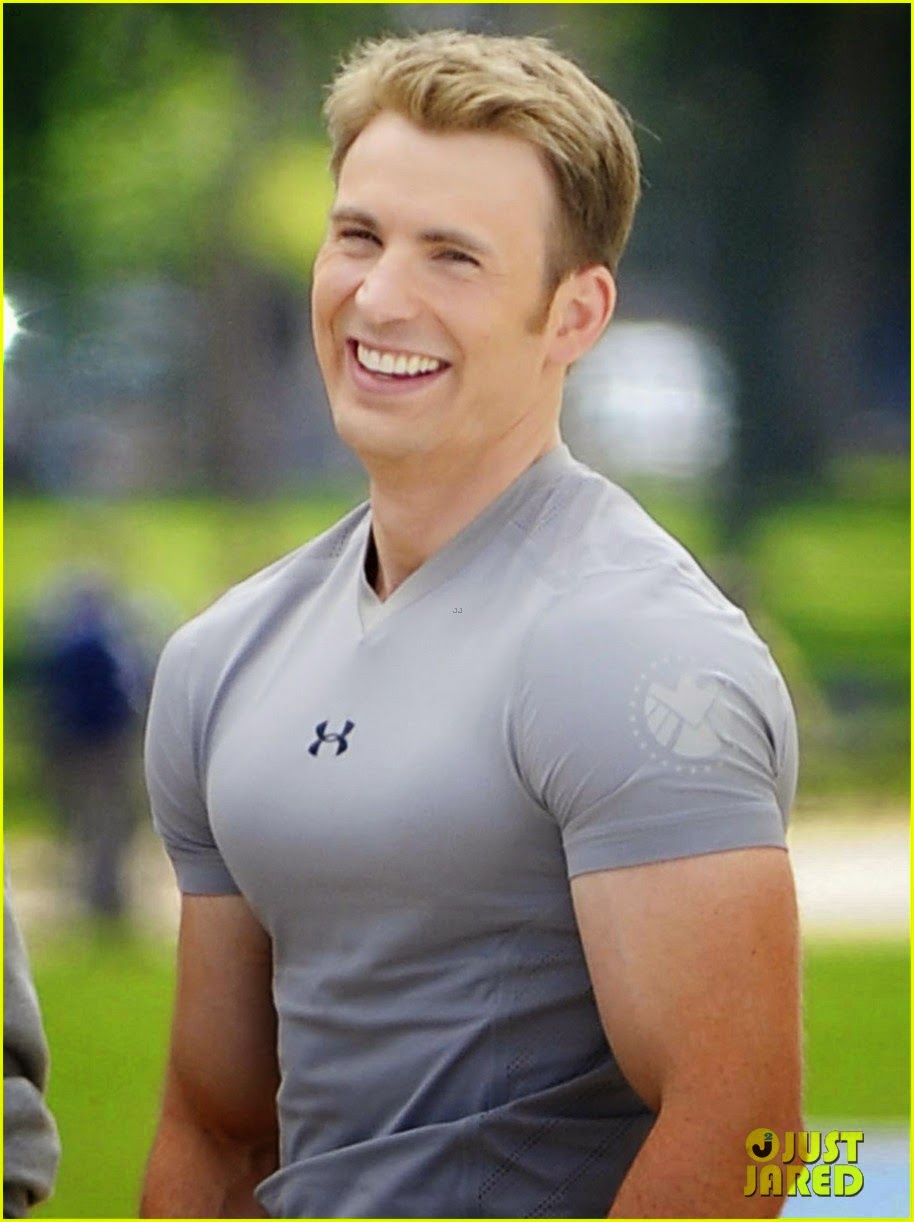 Sebastian Stan wins the Bad A**award in the film. For a film that is named after his character he is not in it enough, but when he is his presence is felt by all. 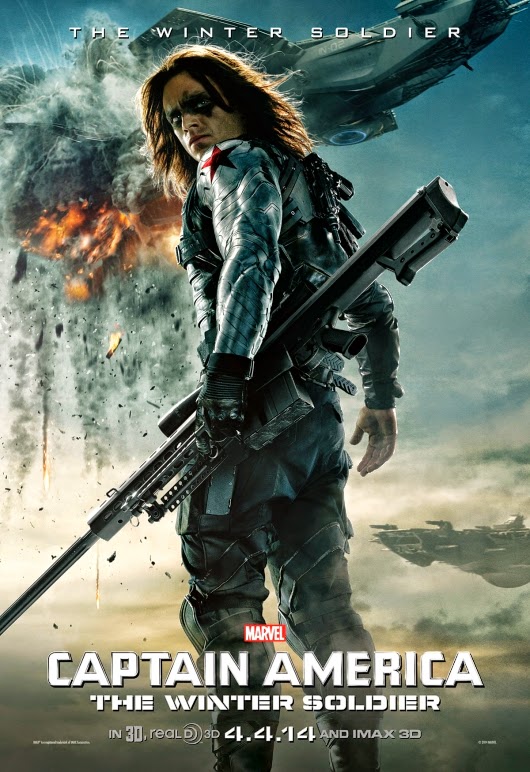 Samuel Jackson is Nick Fury, but we already knew this. He begins to show us why he is the leader of SHIELD. He pulled out all his bag of tricks in this film. 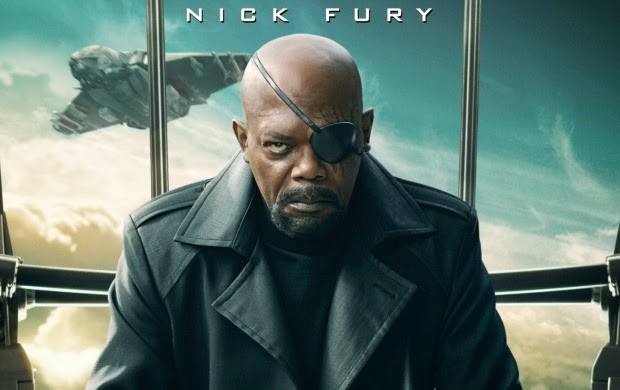 Scarlett Johansson is allowed not only be the superb spy Black Widow we know from past films, but to be a character that is able to change. Not so much adapt, but to make the difficult decisions in her life that could come back to haunt her. She becomes more like Steve, in spirit. 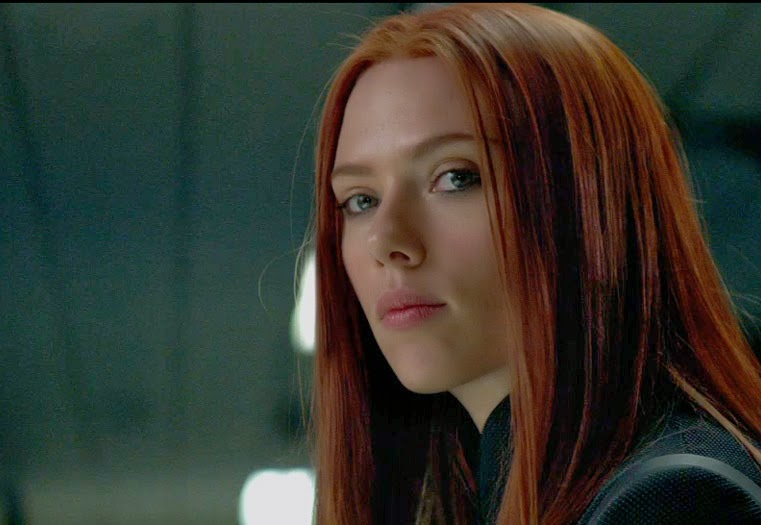 Anthony Mackie was the centerpiece that Cap was able to rely on. He comes out of nowhere and stuns us with his ability to be a fellow soldier with Captain Rodgers, and we believe he is the Falcon.

Robert Redford is Robert Redford! He can take command of the scene, or be the one to play second fiddle. He ties things together nicely.

I have heard the critics compare this movie to a 70's espionage action flick, and for the most part they are correct. The fight scenes are done very well, Cap does not run around with a gun like the WWII days. He relies on stealth and his ability to take out the enemy using his experience. This is in my opinion the best Marvel movie yet. That might be a big statement sense IM3 and Thor 2 have done well also. This movie has no love interest in tow like the others, similar to the Avengers model. The ending sets things in motion that will affect the rest of the movies and TV show. There are plenty of funny lines throughout the film, Marvel has had practice at perfecting its craft and it shines in this movie. For those that like the easter eggs there are plenty of those to find as well. Two additional scenes appear, one mid credits, the other post credits. One thing is for sure when it is all said and done.
Captain America will return in the Avengers:Age of Ultron.