What We Learned From Doctor Who
50th Anniversary

Now that the 50th is history, it is time for reflection.  What Does this means for the franchise from now on.
We'll look at the episode and to the future.
If you haven't seen Day of the Doctor... 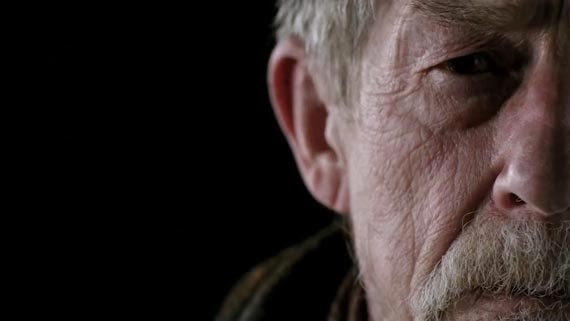 The War Doctor, was mad as hell and wasn't going to take it...NO MORE!
Hurt did an excellent job portraying a war weary Doctor. We first see his shadow, then we hear his gravelly voice command a soldier to give him his gun, as he blast the words NO MORE into the wall. Then demolished the Daleks with the TARDIS.

The Doctor was going to end it all. We knew how it ended by the reactions of the Doctors 9 through 11, but we never really knew How. 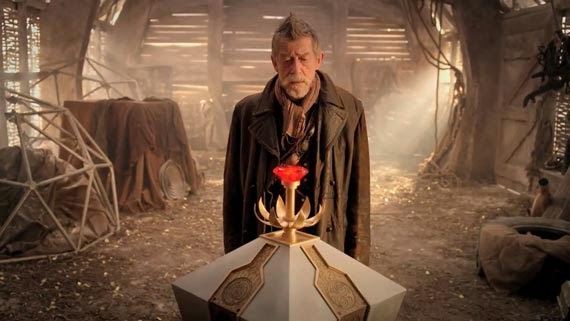 I found it interesting that the device that was to end the Time War was sentient, and took the form of Rose from when she was BAD WOLF. I was never a big fan of Rose, but did enjoy Billie Piper playing the BAD WOLF Rose here. She gave the performance just a hint of what the episode The Doctors Wife had when the TARDIS was human. 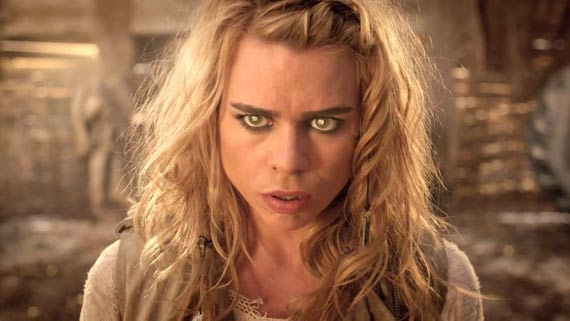 If we have learned anything from watching Doctor Who all these years is time can be rewritten, endless you are at a fixed point in time, or you are Rory and Amy. (sorry had to throw that out there *Shakes fist at sky* Moffat!!)
The Day of the Doctor shows us the story of the Doctor in his three incarnations, and how they deal, or dealt, (depending on the Doctor), with the decision to destroy Gallifrey, and all the Time Lords.
It is fun and exciting from the beginning to the end, but it is the end that changes things for the show from now on.
Once again it is the Impossible girl Clara that influences the Doctor to "do the right thing" 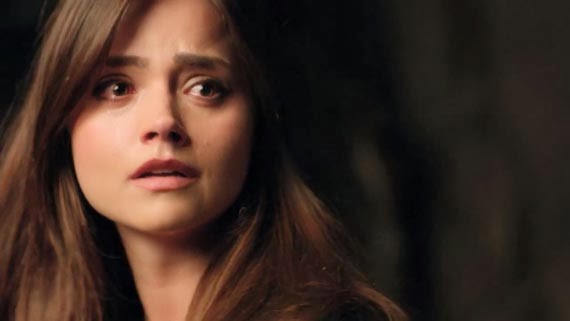 He chose his name she tells him. He is the Doctor, and he never gives up. She gives the Doctor the courage to be himself...and this is where all the fun really starts...
He decides to place Gallifrey in a fixed point in time, and hiding it somewhere in the Universe. While all the Dalek ships are firing full power at the planet, it disappears, and they destroy themselves in the crossfire. To do this he needs all his former selves to show up and use their TARDISes, 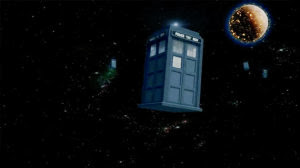 this also includes one 12th Doctor...


Peter Capaldi!
Just a glimpse of his brow shows you the type of Doctor he will be after the Christmas special, and Matt Smiths departure. So with Gallifrey saved, and placed in hiding the Doctor has a new mission, finding home. Who is it that gives him this idea, none other than himself...

(Sorry for the string of gifs but the BBC made this clip UK only.)

TOM BAKER! Yes, I screamed at the telly like a long lost fangirl. He was the curator of the museum that the picture of the last day of the Time War hung. It is implied that he is infact the Doctor, and that at some point and time in his future he will be able to control his regenerations to choose what ever face he wants.
This also along with the Prequel Night of the Doctor also implies no limit to the number of times he can regenerate.
Speaking of Regeneration we get a parting shot of Hurts Doctor turning into Christopher Eccleston's Doctor.
Not quite the full effect but close enough to know that after this he will go on to be the Doctor that Rose meets in her shop. 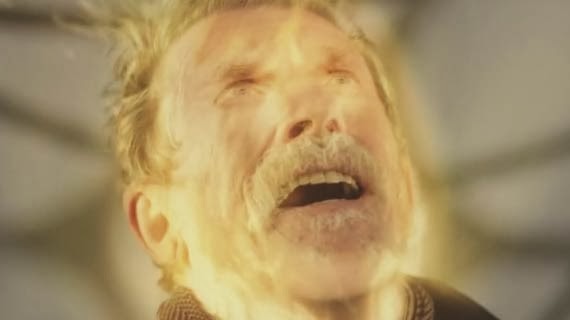 So where does the show go from here? I believe that with Doctor #11 regenerating at Christmas it opens things up nicely for a new story arc of the 12th looking for his people, and maybe not liking what he finds. That just might be the pessimist in me, but I never have liked the Time Lords too much...except one... 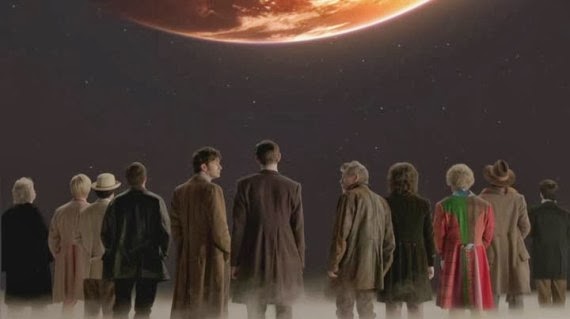 Have you seen The Day of the Doctor?
What did you think?
Where do you see the show going now after 50 years?